About the Service
•Delhi, Andaman & Nicobar Islands, Lakshadweep, Daman & Diu and Dadra & Nagar Haveli Police Service (DANIPS) officers are recruited by the Civil Services Examination.
•It is a group B service of the Government of India.
•It is a federal police service in India, administering Delhi and the Union Territories of India.
•It was earlier called the Union Territories Police Service.
•The officers are responsible for the law & order and policing functions of the National Capital, Delhi and the Union Territories.
•They form a feeder cadre of the Indian Police Service of their respective cadre.
Cadre Control
•DANIPS officers form the backbone of the largest metropolitan police force in India, the Delhi Police.
•The cadre has a sanctioned strength of 434.
•Ministry of Home Affairs, Government of India, is the cadre controlling authority for DANIPS.
•They are regulated by the Delhi Government on the recommendation of the respective Governor/Administrator/ Lieutenant Governor of that Union Territory.
Cadre Strength
Deputation 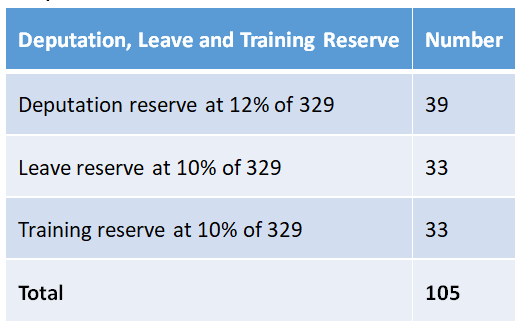 Pay Structure
DANIPS at a Glance
•Delhi Police enjoys considerable power and influence in National Capital of Delhi
•They work directly under the Government of India and LG
•They enjoy considerable autonomy in their day to day functioning.
•They spend most of their time in Delhi, which has most of their cadre postings
•They get promoted to IPS after a few years of service
References
•https://en.wikipedia.org/wiki/Delhi,_Andaman_and_Nicobar_Islands_Police_Service
•http://persmin.gov.in/AIS1/Docs/DANIPS.pdf
Sort By Newest
Newest
Oldest